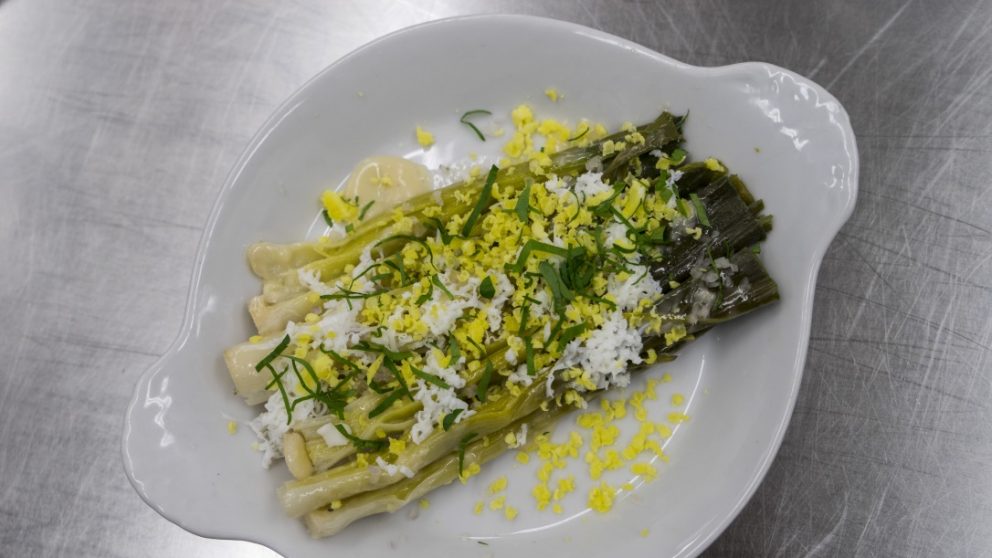 This recipe is adapted from Paul Bertolli and Alice Waters’ Chez Panisse Cooking, although there are innumerable variations on this French bistro classic. This dish is at its very best with thin baby leeks, but can absolutely be made with larger leeks halved lengthwise.

As dreary March gives way to spring, you might even consider adapting this recipe to early asparagus, making sure to blanch the green spears ever so lightly, and dressing them in the vinaigrette rather than marinating them, so that they retain their brilliant green colour.

Combine vinegar, shallot and a little salt and pepper in bowl. Whisk in olive oil.

Trim root end of leeks and cut each leek into 5-inch lengths, discarding green leaves. Make 2-inch slits on either side of top end of each leek so that any sand or dirt can escape when washed. Remove any tough outer skin; plunge leeks into large bowl of water. Check cut tops and shake any sand out under water. Tie leeks in bunches of four.

Bring 6 L water and salt to boil in large saucepan. Add leeks; simmer for 15 to 18 minutes or until tender throughout. A plate can be placed on surface of water to keep leeks submerged during cooking. Carefully transfer leeks to plate to cool. Squeeze gently to remove excess water. Pour vinaigrette over top and toss gently so leeks remain intact. Leeks can be marinated 3 to 4 hours in advance of serving. Add chopped parsley 30 minutes before serving.

Cover eggs with cold water and bring to boil; boil for 7 minutes. Cool under cold water; peel when cool and separate yolks from whites. Finely chop or grate yolks and whites, keeping them separate. Set aside.

Check saltiness of anchovies and soak, if necessary, in several changes of cold water or milk to remove excess salt. Drain and squeeze so anchovies are quite dry; slice into small bits.

Remove excess vinaigrette from leeks. Arrange leeks either on individual plates or on large platter in single layer. Drizzle some of the vinaigrette over leeks. Scatter chopped egg whites, egg yolks and anchovies over the top. 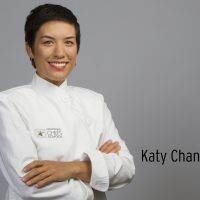