Creating a Menu from a Book • Stratford Chefs School

Creating a Menu from a Book 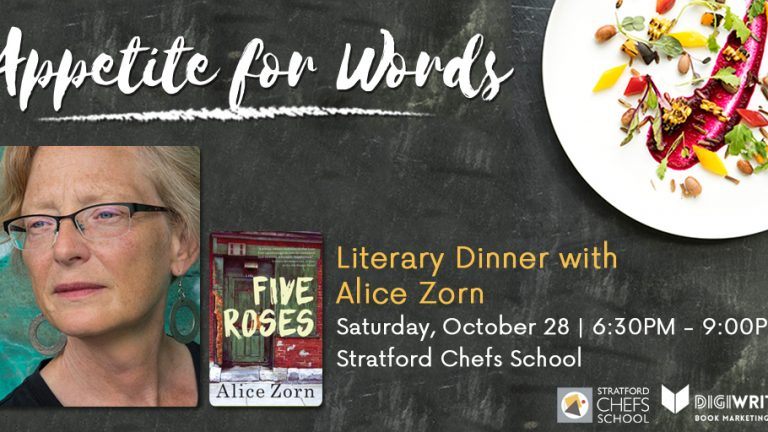 It is not particularly easy to tease a dinner menu out of a work of fiction, even when cooking and sharing food figures prominently in the story itself. Five Roses, by Alice Zorn is an engrossing story of the complicated relationships and histories between four women living, loving and working in St. Henri, a working-class neighbourhood in Montreal.

Two of the central characters, Maddy and Yushi, are co-workers in a pastry shop, and in their blossoming friendship, the women share cooking lessons and meals together, eventually partnering in a cake business. The foods explicitly mentioned in the context of this relationship, such as ratatouille, Trinidadian buss-up-shut and gateau ‘noumea’, would be an easy, obvious point of departure for a dinner. Such a menu could be cobbled together that would surely please those diners familiar with the story, but which might not hang together in a gastronomically satisfying manner.

A less obvious, but perhaps more coherent approach to menu design using Alice Zorn’s Five Roses as inspiration might be to examine the cuisines of blue-collar Montreal and rural Quebec. The city of Montreal itself is a character in Five Roses, and Zorn explores the gentrification of the St. Henri neighbourhood as a backdrop to the turmoil (and ultimately, growth) affecting her main characters. Many of the dishes that would have sustained the working-class residents of the historical St. Henri (as well as Rivière-des-Pins, where Zorn’s character Rose spent her isolated, impoverished childhood) have since been reinterpreted by the fashionable restaurants infiltrating the area. Thus, menu items such as cretons and pouding chomeur have become trendy in an area of the city where they were once a necessity, but have nevertheless been staples in the area for well over a century. Paying homage to the culinary history of working-class Montreal and Quebec seems like a perfectly appropriate menu theme for a dinner celebrating a novel that is so firmly rooted in the specificity of St. Henri. 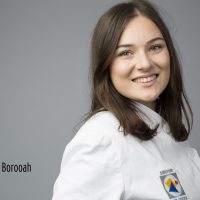 Stratford Chefs School, Class of 2016 | Chef Instructor and Chef's Assistant at Dish Cooking Studio and Lucy Waverman for The Globe and Mail

“The information taught at SCS takes choices from a matter of opinion and habit to being researched and thought out. I find that my voice and style as a Chef are respected because my SCS education has given me such a stable foundation that is well respected throughout the industry. Courses such as Commodities and Gastronomy have provided me with the inspiration to aim for a Masters Degree in Food Studies. Without these courses, I would not have experienced such great stepping stones toward research in food and culture.”