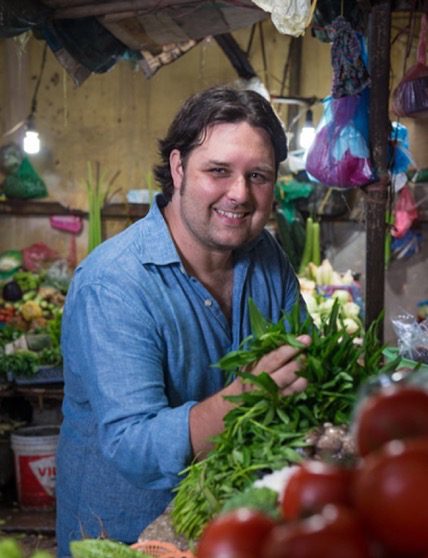 As the husband of a Canadian diplomat, Cameron Stauch has travelled the world and had the opportunity to explore, in depth, the local cuisines of Hong Kong, India, Vietnam, and Thailand (where he is currently based). It was during a three year posting in Hanoi, Vietnam that he was inspired to write his first cookbook, “Vegetarian Vietnam”. Based on recipes devised over centuries by Mahayana Buddhist monks and nuns, his book features spicy, tangy, crunchy, and sweet dishes ranging from soups and noodle bowls to main courses with rice and stir-fried vegetables to desserts and fruit drinks. In these pages, Cameron shares light, flavourful recipes that draw on the full range of Vietnamese herbs and spices.

In between his family’s postings abroad, Cameron spent six years in the kitchen in Ottawa at Canada’s Rideau Hall as one of the cooks to three Governors General of Canada. He has cooked for Her Majesty Queen Elizabeth and the Duke of Edinburgh, the Prince of Wales and the Duchess of Cornwall; the Duke and Duchess of Cambridge, and the Emperor and Empress of Japan, to name a few. He describes his personal cooking style as “cooking globally and sourcing locally” and particularly enjoys learning about local ingredients and meeting the people who grow, produce, and cook local flavours wherever he may be living. “Vegetarian Vietnam” (March 2018) is published by WW Norton Press. 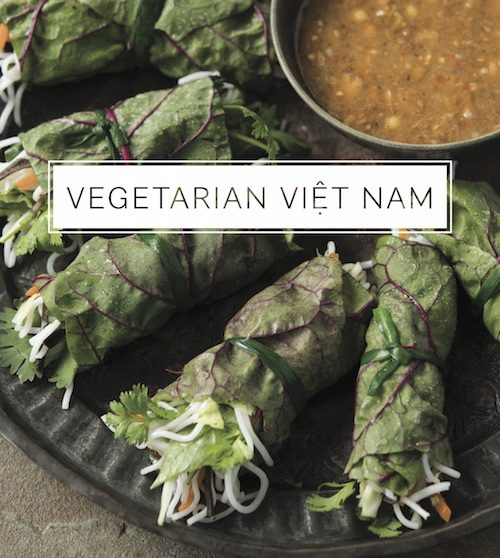 What is your favourite restaurant?
Any South Indian restaurant that has a really great version of Onion Rava Masala Dosa.

Cafe Boulud Cookbook by Daniel Boulud for learning how to refine traditional dishes into restaurant dishes; Cooking By Hand by Paul Bertolli for focusing on techniques and ingredients; Hot Sour Salty Sweet by Naomi Duguid and Jeffery Alford for reminding me that some of the best cooks in the world are not found in restaurants but in homes or on the streets.

White truffles – confirmed to me that they are highly over-rated.

What restaurant dish seemed the most intimidating but is actually really easy to make?

The first restaurant dish I ever learned. Duck confit from a French bistro in Montreal.

Cooking with Stephen Durfee, then pastry chef from The French Laundry and then 15 years later re-connecting with him when I was speaking at the CIA’s World of Flavours conference in Napa Valley and he was one of the instructors assisting the conference chefs. He’s still one of the best pastry instructors in North America. So humble and knowledgeable. 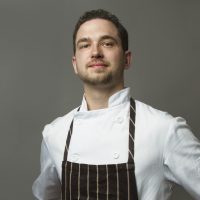 “When I decided to be a chef, I made it a goal to pick the best culinary school in the country to build a solid foundation. I chose the Stratford Chefs School, mostly for its reputation for producing talent, for its intense training program, and for the intimate student – teacher ratio. I certainly wouldn’t be where I am in my career without the connections I made and the skills that I learned there.”