Our Alumni are doing exciting things in Canada and around the world!

Alumnus Miles Pundsack-Poe‘s passion for food began during secondary school programs that specialized in organic farming, sustainability and localized community. Originally from Guelph, Ontario, Miles attended the Stratford Chefs School‘s prestigious program, interning at The Healthy Butcher,working at The Old Prune, and staging in British Columbia. After graduating, Miles interned at Eigensinn Farm under the famous organic chef, Michael Stadtländer, where his passion for fresh, and natural cooking grew. Miles moved on to work at Relais & Châteaux rated Langdon Hall Country House and Spa, and later landed stages at Michelin rated restaurants in Spain: Echaurren in Rioja and Nerua in the Guggenheim Museum, Bilbao, before joining Napa Valley’s three Michelin starred The Restaurant at Meadowood. 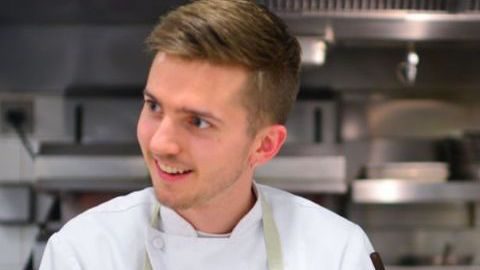 Now, under the leadership of Meadowood’s executive chef Christopher Kostow, Miles is part of an ambitious new venture as Head Chef of the exciting, newly opened restaurant Ensue, in mainland China.

Read more in our Weekly Update for August 23 !

“My time at the Stratford Chefs School was invaluable to my development as a chef. It was a challenging experience, one that mirrors the real obstacles faced in the work place… Stratford [Chefs School] will expose you to an array of cuisines, cultures, and chefs that will keep you thinking long after you have graduated.”