Latkes (potato pancakes) are a delicious reminder of the Hanukkah story, and have origins in the eastern European countries of Germany, Austria, Russia and Poland as a peasant food. Potatoes were cheap, plentiful and easy to store, making them a staple and necessitating inventive potato recipes. 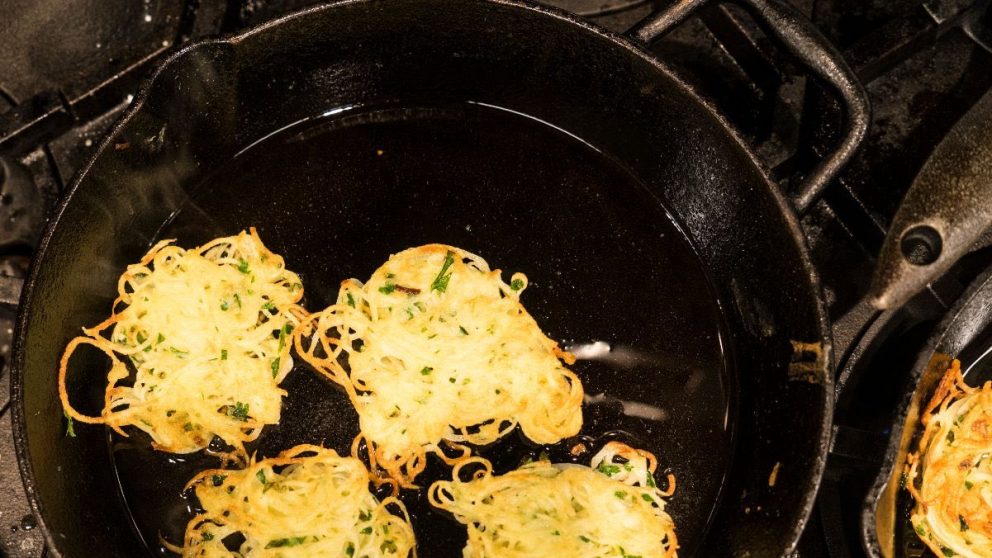 Heat cast iron pan over medium-low heat; melt 1 tbsp of the butter. Add onion and season; cook until softened, without browning (about 10 minutes). Remove from heat and set aside.

It is important to work quickly as potatoes oxidize rapidly. Peel potatoes and hold in ice water. Grate potatoes and place in clean cloth; squeeze out moisture. There should be 1½ to 1¾ cups grated potatoes. Place potatoes in bowl; toss with onion, flour, parsley, chives, baking powder and seasoning. Add beaten eggs.

Heat enough of the remaining butter in clean cast-iron or nonstick pan to make thin layer in pan. Drop batter by spoonfuls into hot fat; fry until golden brown. Turn and repeat. Turn latkes only once so they remain light and delicate. Drain on paper towels. Serve hot. 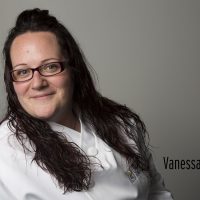 “The experience and knowledge of the Chef Instructors surpasses any other course or program I’ve looked at. The level of knowledge learned by graduates of SCS is also far superior then any other graduate students I’ve seen first hand that apply for a job at my business. As an older student I had doubts but SCS gave me the support and determination to finish the program. Turns out it was the best decision of my life! Thank You SCS!!”