Chef Rich Francis’ Gwich’in community is the foundation for his cooking, and he’s exploring the path to reconciliation through modern Aboriginal cuisine. 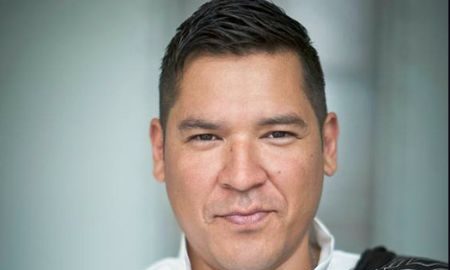 “Fort McPherson is actually where the foundation of my food starts,” Francis said. “Because of the food memories that I have from that time in my life.” He was raised in the small Northwest Territories community and went to school there until about Grade 2, when he moved to Six Nations of the Grand River in Ontario.

Prior to joining Stratford Chefs School, Francis had never stepped foot in a professional kitchen: “I started late in the game so there was some anxiety or some nervousness attached to that whole time in my life. But as soon as I started, something inside of me recognized the culinary arts; it was really bizarre. I excelled immediately and I always knew that I was to do something unique with Indigenous food.”

A life-changing opportunity arose when he became the first Indigenous chef to appear on the Food Network’s Top Chef Canada, where he placed third in Season 4 (2014).

Now chef-owner of Seventh Fire Hospitality Group, Francis recently returned for a visit to his home community to share his culinary artistry with students. Since he began his television journey five years ago, he has found himself being looked at as a leader. “Now I’m stepping into that role more and more every day. If people can get inspired and take something away from having spent time with me, then great.” 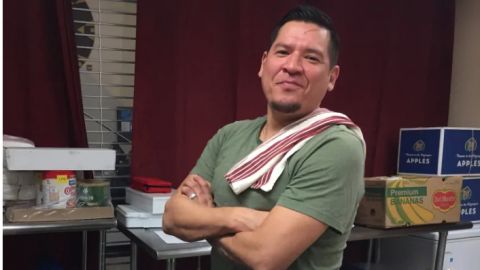 Francis’ latest project is the web series Red Chef Revival,  which features three chefs including himself, each travelling to different Indigenous communities across the country, to learn about the culinary methods unique to each community’s traditions.

The idea for Red Chef Revival came while filmmakers Ryan Mah and Dan Berish were filming a segment for Indigenous tourism with Chef Francis, who told them about his passion to rediscover Indigenous cuisine, and that idea became the impetus for the series, which is available to view online.

“For us it’s really just about giving Indigenous cuisine its proper place in the Canadian food scene,” Berish said.

What’s next? Francis has been invited to participate in a prestigious new Chefs’ Series at Canada’s National Arts Centre in Ottawa in September, where he’ll be part of the two-week festival launching the NAC’S new Indigenous Theatre. 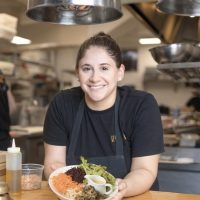 “The Stratford Chefs School gave me the fundamentals to feel like a confident chef. The talented chef instructors taught me the crucial elements one needs to begin a culinary journey filled with intellect and skill. I am forever grateful for my time there.”