What started as her father’s simple roadside fruit stand has grown into a robust business that spends six solid months making jam and chutney in their on-farm commercial kitchen in order to supply a year’s worth of sales. Anne Marie Moss calls her father’s farm, about 12 kilometres south of Stratford, her home farm and base of operations for Moss Berry Farm.

“Back in the day, it was one of the first for pick-your-own strawberries, raspberries, gooseberries, and black currants,” says Moss, who runs the business with co-founder and co-owner husband Al Weber. Today, the company has been operating for two decades with the goal of producing old-time goodness. “We’ve been doing that for 20 years. We wanted to create a product that was as natural as possible and tastes like what your grandmother made,” Moss says. “I think we’ve achieved that.”

The food industry clearly made a mark on Moss. She studied hospitality at the University of Guelph and graduated from the Stratford Chefs School in 1992. “I always wanted to be a chef.” she says. She apprenticed at Rundles and for a period taught the front-of-house service component at the School. As both a trained cook and a food manufacturer, she has a unique perspective on the history of Stratford’s food.

“The quality, variety, and diversity of what you can eat in a town of this size is on par with any place I’ve ever been to.” She adds that at the local and national level, the [Stratford Chefs] School has provided the industry with chefs highly skilled in the basics of taste and cooking technique, along with the elements of entrepreneurship. “You can see that in the number of restaurants and food companies that have been opened by Stratford Chefs School grads,” she says.

In fact, she’s the entrepreneurial proof: a couple of years ago, Moss Berry Farm began experimenting with the production of some new beverages. They concluded that what was old could be new again: they created a line of beverages – flavoured “tonics” – called switchels. If there is an irony in the choice of the switchel, a drink which traditionally combines a sweet component with ginger and vinegar, it is the fact that they drew the idea from its 18th century origins in order to attract a Millennial customer, says Moss.

“Instead of coming up with more preserves, we wanted to appeal to a younger demographic. Someone suggested a ready-to-drink product and we decided on switchels. We like old-time products that have a real history.” Also called “haymakers’ punch” the drink was designed for agricultural workers in the field, which nicely suits agrarian Perth County. “It was an original and natural energy drink,” she says, and given the interest in food in the region – and the current kombucha craze – it supports her entrepreneurial claim for the School and the potential for the drink’s reception. “There is a greater awareness of and appreciation for local products now than there was, I think the value that local producers offer to our community is the biggest change in our food culture that I’ve seen.” 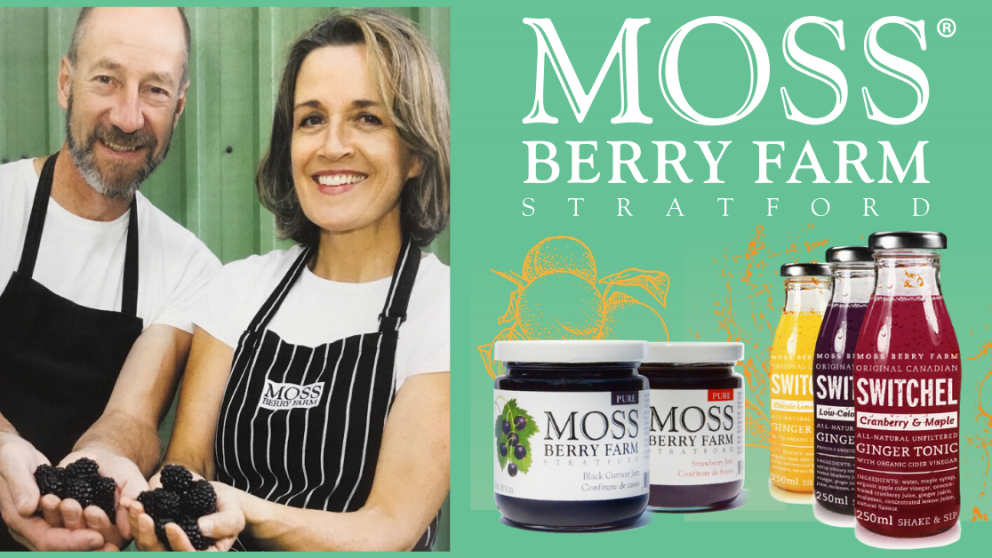 Text excerpted from the book: 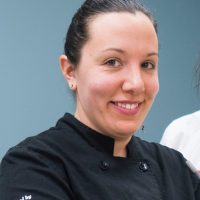 “The Stratford Chefs School offers an unparalleled learning environment in which students are immersed in a hands on, realistic approach of what to expect in the culinary industry. My experience at the Stratford Chefs School exposed me to various cuisines, a limitless spectrum of cooking techniques, and an opportunity to work directly with renowned chefs. The calibre of the instructors, and their cumulative experience in the field, laid the foundation on which I could build the confidence I needed in order to pursue my career path.”